GDPR Compliance & Its Importance for an Organization

Let’s start with the basics. GDPR stands for General Data Protection Regulation. It’s a data privacy law that originated in the European Union, and it was made enforceable beginning May of 2018.

A note of caution; Just because you may be in the United States or work for a US based company, that doesn’t mean that you are immune from the provisions of GDPR. The EU has fulfilled their promise of imposing hefty fines on any organization that doesn’t ensure compliance with GDPR mandates.

Some of the steps to be compliant include:

Without GDPR Compliance, Organizations can Suffer A lot 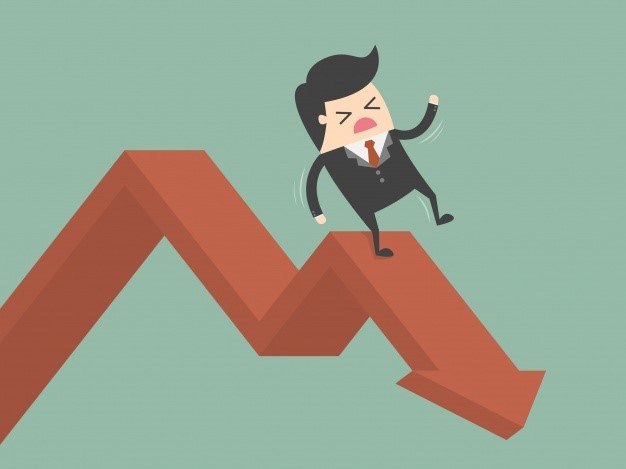 If you’re not compliant, you are a subject to fines ranging from 20 million euros up to four percent of your organization’s annual revenue, whichever amount is larger. The GDPR law is long and complex, and you should educate yourself as much as possible before you suffer a huge loss.

Let’s take John’s example. John’s startup specialized in dog walking and yard cleanup services for busy working people. His site was up and running quickly, and five years later he had over 70 employees in four cities. By then John had gone through two cloud platforms and three customer management and accounting systems, and his company made nearly as much revenue from selling customer data for advertising as from its monthly fees. Then John suffered a data breach, which by law he had to report.

When his customers found out, 10 of them filed data subject access requests. They demanded complete details of all personal data John had collected, and everyone he had shared it with over the past five years. Five customers cancelled their service and invoked their right to be forgotten under GDPR.

John had thirty days to comply, but he had no idea how to answer the access request or to prove he was able to honor the right to be forgotten mandate. Three months and a huge legal bill later he was finally able to comply.

For the breach and slow compliance John’s company was fined a hundred and fifty thousand euros, far less than the maximum of 20 million he could have faced. But because of the fine and bad publicity, John had to lay off half of his team and put off plans to grow further.

Now all of this may sound extreme, but GDPR deliberately has no exceptions for small businesses. While John would never be fined one hundred eighty-three million pounds as a large airline just was for their data breach, even a relatively small fine can put many companies out of business forever.

So how can Veeam help? Veeam lets users put their backup data to use for much more than just recovery.

Veeam users can mount their backup data easily for search, security, testing, or for data compliance purposes. With Veeam John would have had an up-to-date historical record of all his customers’ data searchable with the compliance tool of his choice. And with Veeam John could have backed up that data right out of the cloud, so that he always had a copy available, even when he changed cloud providers.

Veeam users can also take advantage of the data restore capability, which lets them perform automated operations on data as it’s restored. With Veeam, John could have tested and been ready when hit with a right to be forgotten request. 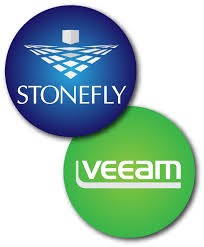 Users can ensure protection for their email servers, MySQL and NoSQL databases, Physical storage servers and cloud based applications.

It delivers faster backup and recovery to make sure your business stays up and running with no data loss, thanks to its built-in enterprise features like snapshots, replications and many more.

StoneFly and Veeam, offer state-of-the-art backup and disaster recovery solution. It is affordable and flexible, and allows users to purchase only the storage they need with the option to add more storage to scale out if needed.

Apart from all this, just like Veeam Cloud Connect to Microsoft Azure, it also enables users to have seamless integration with Veeam so that users can put their data on Amazon AWS.

DR365V is a Veeam-ready backup and replication appliance. It is an enterprise level backup appliance that enables users to backup and recover virtual machines, Windows and Linux servers, email servers, applications, mission critical files and more.

To summarize, if you want to keep your customers happy, avoid large fines and want your company to grow, then it is vital to achieve GDPR compliance and StoneFly can help you achieve that with our Veeam-ready products.

Our solutions prevent data loss, secure data from malicious access and protect your data from breaches so that you won’t have to worry them. On top of that, your clients may have to access older archive data or ask for their data to be deleted by asking for the right to be forgotten. With our patented storage OS, it is very easy to do all of this. This is why StoneFly and Veeam fit into your GDPR compliance strategy.

Solve your GDPR Compliance Troubles, Get in Touch with Us