Reduce Costs and Move Data to Azure, AWS or any S3 Compatible Cloud 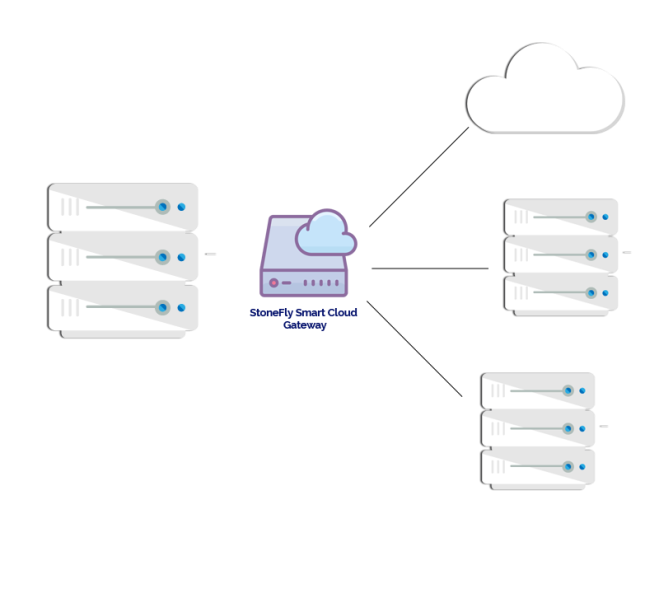 In our webinar: “Reduce costs and Move data to Azure, AWS or any S3 compatible Cloud” we discussed StoneFly Smart Cloud Gateway product. The enterprise-level cloud gateway solution enables businesses to leverage existing infrastructure and integrate the cloud of their choice with IT environments. In this blog, we briefly overview what we discussed in the webinar.

These are the pointers we touched up on in the webinar: 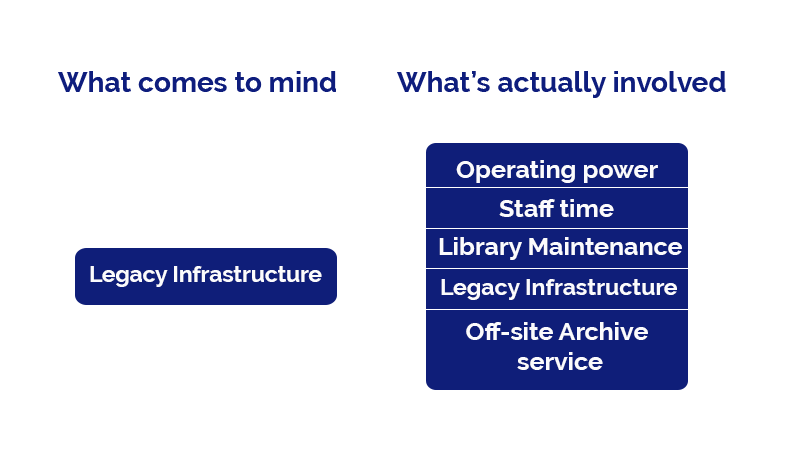 When acquiring the infrastructure, it generates high CapEx and running it leads to large OpEx. The OpEx costs include routine maintenance costs and the costs of repairs in the event of hardware failure or a disaster. The overall cost of legacy infrastructure grows proportionally with the volume of data. Data growth is explosive – implying that using legacy infrastructure for such data is very expensive.

User-defined policies control when the Smart Cloud Gateway moves data from its current storage media to the other.

Users can choose to move data after a certain period of time has passed since the data of creation or they can opt to transfer data if it’s not being accessed.

For instance, let’s say a file was created 30 days ago. Once the 30 day threshold is crossed, StoneFly Smart Cloud gateway will transfer this file from on-premises infrastructure to a user-defined location (this can be in a cloud or on another appliance or on an off-site appliance).

Another example: let’s say a user defines policies that analyze files based on their access frequency. When a file is infrequently accessed and a certain threshold is met, StoneFly Smart Cloud gateway automatically moves this file to a pre-defined location – to a cloud or to another appliance (on-premises and/or off-site).

Leverage Existing Resources – Available with two licensing options: NAS license and SAN license, StoneFly Smart Cloud Gateway comes with iSCSI initiators. Users can define on-premises or off-site iSCSI storage media as iSCSI targets. StoneFly Smart Cloud Gateway can be used to map these iSCSI targets as storage repositories mapped locally to applications or servers in the enterprise IT environment. User defined policies move the data within these repositories to the cloud or to other storage media – enabling infrastructure modernization and facilitating productivity with automated services.

StoneFly Smart Cloud Gateway has a number of use-cases and applications. It can be setup to extend storage to the cloud or to enhance data management via automated policy based storage tiering. It can be used to setup data redundancy and make copies of data on different storage media – local infrastructure, off-site infrastructure or in the cloud for data protection and backup.

One of the best use-cases of StoneFly Smart Cloud Gateway is data archiving. Instead of setting up Terabytes (TBs) or Petabytes (PBs) of on-premises infrastructure and bearing the cost, users can setup archiving in the cloud. The process can be easily automated by defining policies. With the integration of cloud storage tiers, businesses can effectively reduce the cost of data storage and long term data retention. They do not need to acquire additional storage media or manage large data centers. Instead they can leverage cloud technology and keep their data in the data center of their choice.

StoneFly Smart Cloud Gateway is a full featured enterprise solution, it delivers a number of data services. Some of them are as follows: