The Trap and Emulate Strategy 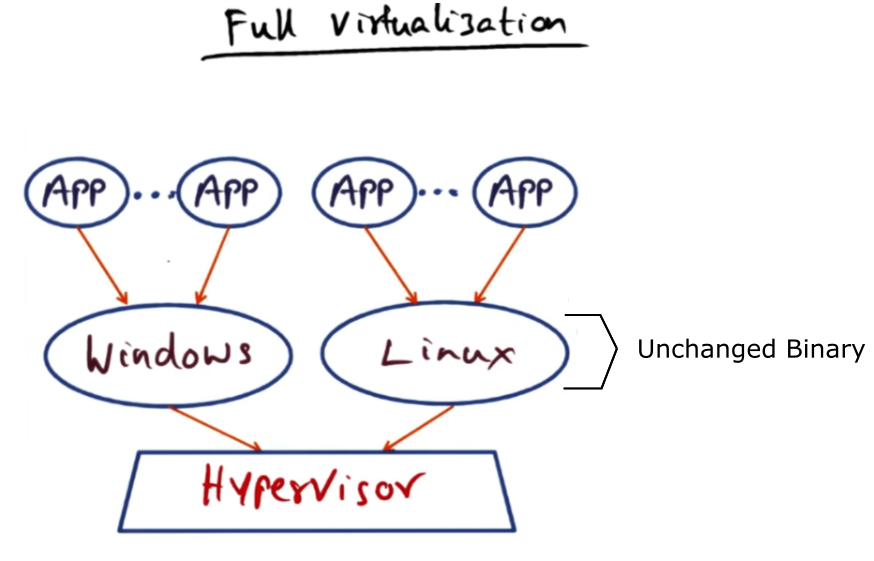 Essentially, each operating system thinks it is running on bare metal, and therefore it does exactly what it would have done on a bare-metal processor. This means that it will try to execute certain privileged instructions thinking it has the right privilege. But it does not have the right privilege, because it is run as a user-level process on top of the hypervisor. Therefore, when they try to do something that requires a high level of privilege than the user level, it will result in a trap into the hypervisor, and the hypervisor will then emulate the intended functionality of the particular operating system.

Issues with the Trap and Emulate Strategy

There are some thorny issues with this trap and emulate strategy of full virtualization. That is in some architectures, some privilege instructions may fail silently. What that means is, you would think that the instruction actually succeeded, but it did not, and you may never know about it.

How to Get Around This Problem

In fully virtualized systems, the hypervisor will resort to a binary translation strategy. It knows what are the things that might fail silently in the architecture. It looks for those gotchas in each of these individual binaries of the unmodified guest operating systems and through binary editing strategy they will ensure that those instructions are dealt with carefully. So that if those instructions fail silently, the hypervisor can catch it and take the appropriate action.