To simplify your reading experience, following is the table of contents for the article:

To simplify your reading experience, following is the table of contents for the article:

The dual controllers deliver redundancy and multi-path access to the HA RAID array eliminating single point-of-failure and facilitating IOPS intensive workloads. The other benefit of using hardware independent controllers is the simplification of maintenance and replacement. Furthermore, if the storage controllers are in a separate chassis, then there’s no need for forklift upgrades. Our technology makes it possible to individually increase storage and performance capabilities. 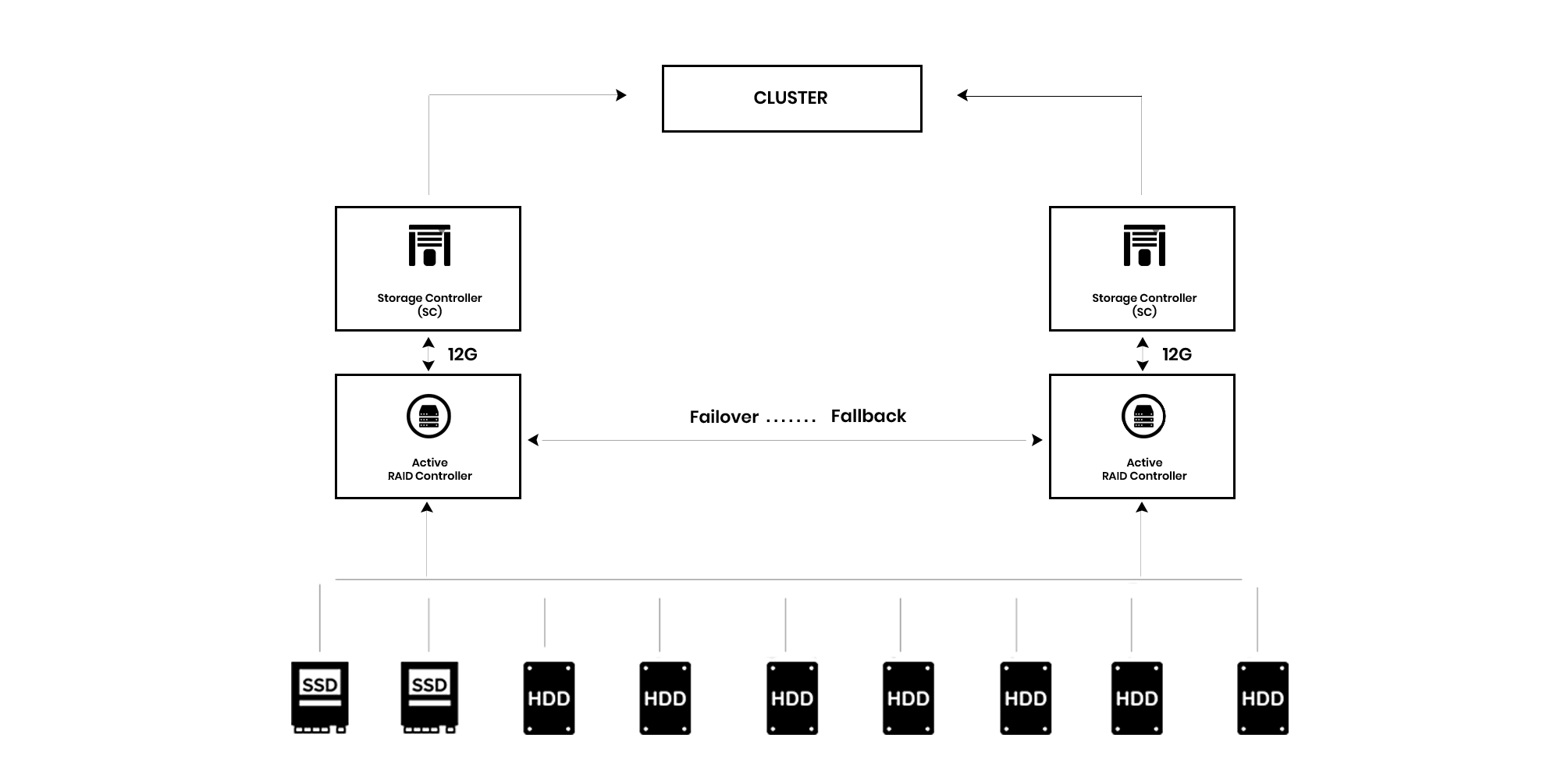 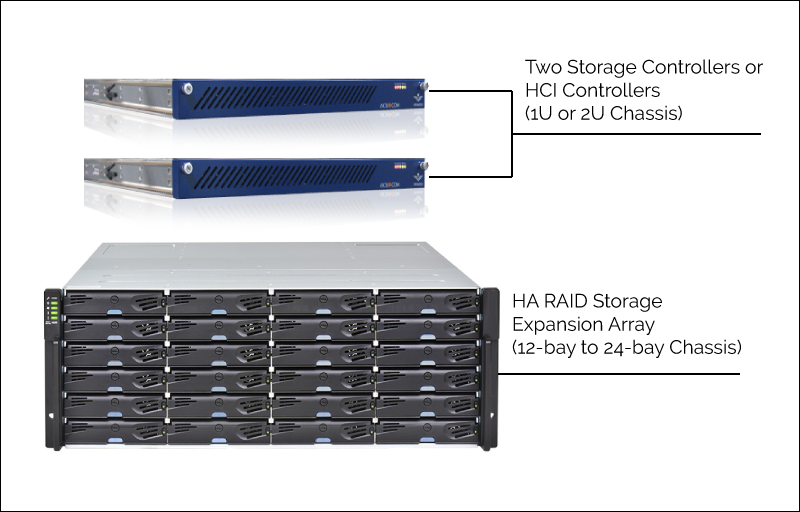 There are two storage controllers or HCI controllers communicating with the dual RAID controllers in the HA RAID array to access, write, manage, and control the populated storage drives.

For hyperconverged solutions (USS, DR365, DR365V, DR365U) the hypervisor, VMware, Hyper-V, KVM, or Citrix, also runs on the same NVMe that runs independently of the storage.

If it’s a backup & DR solution, the backup software is also installed on the HCI controller chassis.

StoneFly enterprise-grade solutions support 1U and 2U chassis for Storage Controller or HCI controllers. Value-tier disaggregated HA clusters support two 2U chassis only.

For more information about CPU memory, system memory and compatible network ports for the storage controller or HCI controller chassis, please contact us.

HA RAID arrays are capable of supporting more than 400 additional drives with expansion units. The supported number of drives varies per appliance series and model.

The populated storage drives in the HA RAID arrays and the HA EBODs are hot-swappable. Users can seamlessly add more drives or replace existing drives without having to disrupt the system for longer periods of time.

The failed power supply can be easily replaced and removed without disrupting the system because they’re hot-swappable. So the maintenance process is quick and easy.

HA RAID arrays are capable of supporting more than 400 additional drives with expansion units. The supported number of drives varies per appliance series and model.

Highly Scalable with Scale Up & Scale Out Support

StoneFly disaggregated HA cluster appliances are truly unique in their ability to individually scale performance and storage capacity. As opposed to the forklift upgrade for legacy storage and backup and DR systems, users can add more performance and/or storage capacities in a budget-friendly and easy process. 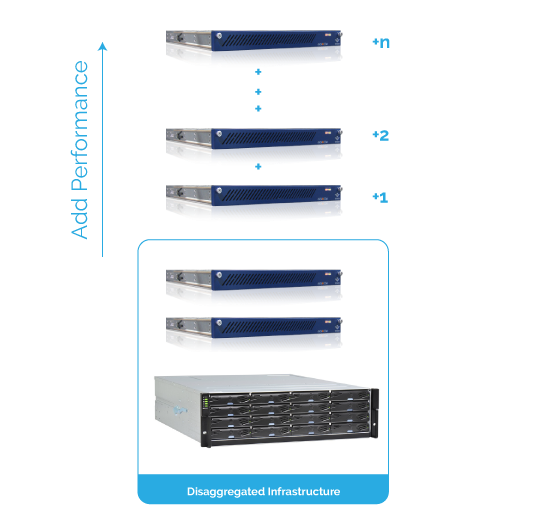 When fully populated, the disaggregated HA cluster appliances can store hundreds of terabytes of data. To add more storage capacity, users can add EBODs and store petabytes of enterprise data.

The number of supported storage drives varies depending on the appliance series and model. For more information, contact StoneFly support.

There are two ways to scale out StoneFly disaggregated HA cluster appliances:

Our disaggregated HA cluster appliances can scale out to virtually unlimited number of appliance nodes to store petabytes of enterprise data.

Our disaggregated appliances offer flexibility, scalability and redundancy for data storage and backup & DR use-cases. For organizations looking to cater to IOPS intensive workloads and high availability requirements, our disaggregated HA cluster appliances are the best choice to make.

We sat down with the CEO and Founder of StoneFly, Inc. to discuss StoneFly’s innovative disaggregated infrastructure.

Listen to the podcast session on the following channels:

We’re Ready for the Most Demanding Enterprise Workloads!